I’m going to start this review with the simplest of my opinions: Windows 10 is what Windows 8 should have been. Had Microsoft spent just a little more time getting their OS tested and reviewed by actual users that’s what they would’ve found out.

This is where WIndows 10 accels as it’s a decent blend of Windows 8 and the traditional Windows interface. The new icons look really nice in my opinion. That said I love minimalism.

I also really like the new login screen which uses the space much more effectively. I got this from the internet. My name is actually Owen.

The thing I think still needs work is the new start menu. They’re reworked to a similar shape as the “classic” start menu but with the same functionality as the Windows 8 start menu. So confusing as heck. 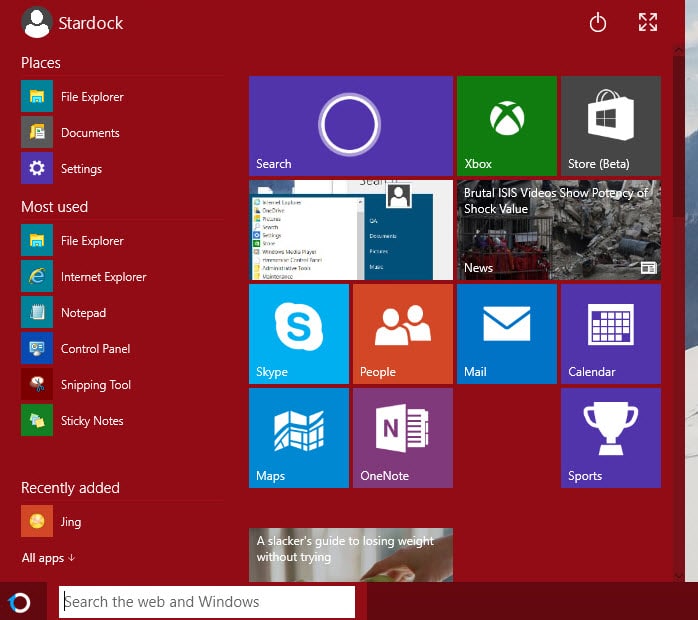 They’ve shrunk down the “All Apps” button to the point to where it’s invisible. You know the “All Apps” button, it’s the most important part of the start menu because that’s where all your programs all those other shortcuts do practically nothing for me. Seriously Microsoft get yourself together

The inclusion of Cortana has been a gift and a curse because it’s convenient to be able to talk to your computer but in order to do that Cortana has to know a lot about you. The concern comes from the fact that Cortana is only partially on your computer. Meaning all the content Cortana analyzes, your voice, your contacts, and your data are sent to Microsoft servers. This means if anyone was able to get into Microsoft servers, be it a government entity or a hacker of some kind, all your data would be there for the world to see. I don’t keep anything extremely personal on my computer but that said I’d still be uncomfortable with so much as the names of my files out there.

All in all I think Windows 10 is a good upgrade and a step in that right direction. There’s a fair amount of bugs as well as some privacy issues but I do think Microsoft is trying to get it right. The only other complaints I heard are about the fact that Microsoft is selling features instead of shipping a full OS but I understand that. I mean they gave it out for free. It must cost something to hire developers right? Honestly I do think Windows 10 is good and I’m glad it works well with all of my program. It’s probably a service pack or two away from being a pretty solid OS.